Inflammation; Why It Matters & What You Can Do About It Guy: Inflammation; a word we hear often when it comes to our health, lifestyles and exercise regime, but do we really know what it is?

For me personally, I keep inflammation well on my radar when it comes to the food choices I make, my exercise recovery tactics, stress reduction and getting a good nights sleep. When it comes to ones health, I believe it’s one of most important words you’ll ever hear and it’s something you REALLY need to understand so you can make the right choice to reduce the effects in your daily life (especially as we get older). For the sake of 3 minutes of your time, you will hear Dr John Hart share what is probably the best description of inflammation I’ve heard!

What are your inflammation reduction tactics? Would love to hear your thoughts in the comments below…

The above video is 3:03 minutes long.

You Can WATCH The FULL INTERVIEW with Dr John Hart HERE.

Dr. John Hart: So, I’ll just talk a bit about inflammation, because everybody has heard about the word, but don’t have a picture of what it means.

So, it you get a local infection or you get trauma in a part of your body, you will set up an acute inflammatory response to deal with it. And what happens is your blood vessels dilate, so more blood goes to the area and that’s why it looks redder and feels warmer. And when the blood vessels get leaky, so cells that have transported into that area can get out of the blood vessels and at the same time fluid leaks out with it, so the area swells up and those cells then go around and they eat the infectious agent, whether it’s a bacteria or fungus or parasite or whatever or they eat the damaged tissue. Now the cells come in and repair the damage. And then once it’s all fixed, it all goes away.

So, that redness, swelling, heat, pain is fixing the problem, hopefully and then once the problem’s fixed it all just settles down. So, that’s an acute local inflammatory response, a really good idea to do with infections and traumas that used to kill us.

But nowadays we’ve controlled infections. You know we know about food preparation and food storage and waste removal and antibodies and vaccinations, so infections are not big killers any more. And we’ve got our environment pretty well controlled.

We don’t have dinosaurs and tigers and people with clubs and spears. We’ve got occupational health and safety, so traumas not a big killer any more.

Now, 70 to 80 percent of people die to chronic degenerative diseases, which is diseases that are caused by this inflammatory process being turned on a little bit by the whole body, for decades.

We’re all way more inflamed than we were a thousand years, when we were running around the jungle, touching the ground, out in the sun. Pulling the fruits right off the tree in season. Drinking fresh water. Physically active. Relatively low stress. Sleeping from nine to twelve hours in the back of the cave. Now, that’s what the body expects.

Guy Lawrence: Got it. What you’re saying then is if your gut is not operating correctly, you’re constantly going to create low-grade inflammation. "This podcast features Dr Hart who runs a busy functional medicine practice specialising in brain health. His passion for brain health led to the establishment of The Hart Clinic for brain health medicine. Dr Hart and his team have completed Dr Dale Bredesen’s practitioner training at The Buck Institute for Research... Read More
Share:
Related Articles 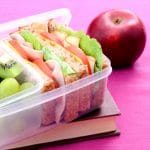 How to make lunch boxes fun, healthy and tasty 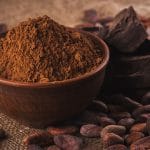 If You Love Eating Chocolate, You Need to Read This…

2 Replies to “Inflammation; Why It Matters & What You Can Do About It”

Great article can you recommend some good Australian brands for the supplements he suggests i.e. Multivitamin,zinc,fish oil etc.
thanks Andras!!

Hi Andras, I really like Metagenics and Bioceutical products.You would find them in a good health food shop. – Ange 🙂