Is Your Brand of Fish Oil Healthy?

After recently chatting to the Baker Boys (full interview below) it appears that some brands of fish oil shine over others. Learn how to put your brand to the test above in this short video clip.

Brothers Michael & Christian Baker are nutritional advisors & professional speakers. They have also collected a massive amount of experience over the years within the supplement industry. They were one of the first guys to setup a major supplement store franchise from the USA here in Australia. Strap yourself in for this one as we dig deep into the world of supplements. Join us and find out what actually goes on in one of the most confusing industries out there!

In this episode we talk about:-

Learn about the Baker Boys HERE

Guy Lawrence: Hey, this is Guy Lawrence of 180 Nutrition and welcome to another episode of The Health Sessions. Today you’re in for a treat as we dig deep into the truths, or what we feel to be the truths, about the supplement world.
Our special guests today are the Baker Boy Brothers, Michael and Christian Baker. These guys were the first franchisees in Australia of probably one of the largest companies in the world, supplement companies, and they’ve been in the industry a long time. They certainly know their stuff.
They’re in the firing line, if you like, of the end consumer, and, you know, they’ve seen a lot of things. Well, as you can imagine, we had so many burning questions, from supplements to “Do we need them?” to the quality and grade of them, you know, “How effective are they? What ones should we be looking for? What ingredients are in them? Is there anything we should be concerned about?” And what to check when looking for them in general, you know?
There are so many gems of information in here. It’s not funny. I certainly learned a lot from this episode, and I’m sure you will, too. So sit back and enjoy it. You’re in for a treat. 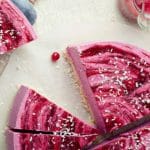 8 Replies to “Is Your Brand of Fish Oil Healthy?”

I really enjoyed this podcast. However I am now confused as to the quality of my supplements.

I take a multi twice morning and night, zinc at night, 8mg of fish oil a day, 3000 iu of vitamin D and 300mg of magnesium at night.

all of these products are swisse.

if this is not a good quality product and i am not absorbing these minerals I would love to know of some better alternatives. I do not mind the cost as I value my health above all else.

Firstly, thank you for taking the time to listen to our interview I really appreciate it.

Secondly, your supplement routine is great and I’m a big fan of your choices e.g. I currently take magnesium and Vitamin-D myself among other things

As for quality, I will say that Swisse is one of the best brands you can find in supermarkets by far but if you want to step things up you can choose practitioner brands such as Bioceuticals and Metagenics which can only be found at selected health food stores which employ full time naturopaths and nutritionists.

And as for form, it’s about taking some time to research which forms are most “bio-available” e.g. easier for the body to recognise and absorb.

In the case of Vitamin-D, choose D3 instead of D2.

For magnesium, choose a citrate rather than an oxide.

The good news is that the better brands tend to use these higher quality ingredients so if you choose either of the 2 mentioned above you will be in safe hands.

Thanks again and have a great weekend!

Wow guys, I’m really disappointed! I watched the whole interview with the Bakers and initially I was fairly impressed, apart from one of them stating the internet myth about margarine being ‘one molecule away from plastic’ (look it up, it’s not true, merely an internet myth that’s been circulating for years. I’m not endorsing margarine, but I don’t believe in misleading people either). Makes me wonder what their nutrition qualifications are, if any?
I looked at the website bakerboysblog as I was interested in learning more about them but unfortunately there’s very little there and the website doesn’t even appear to have been completely set up – if you look around there are wordpress templates and defaults still in some places. That started warning bells ringing for me, when it appears that the website was set up two years ago!
Anyway, then I decided to have a quick look at their products online, as I would love to find a protein powder that I can buy off the shelf that doesn’t contain any nasties. I was very surprised to find that a lot of the protein powders they sell contain artificial sweeteners and artificial flavours, among other things. After listening to them condemn those very same ingredients in your interview, I really wasn’t expecting to find them in the ingredients list of any of the products they sell.
I’m hoping that this was simply a case of you guys not doing very thorough research, because I know that you have a lot of loyal followers who will just blindly buy these products without checking. You talk a lot about ‘Joe Public’; well I believe that what the general public need in regard to nutrition and health information is honesty and transparency.
I look forward to your response!

Hi Wendy, thanks for your feedback and taking the time to listen to the podcast. We are very grateful to have had the opportunity to share some of our learnings with a broader audience. It has been a fun journey and is exciting to see the direction the industry is moving, nowadays there are numerous varieties of protein powders with no artificial sweeteners, where as when we first started it was quite difficult to find. Thanks again Wendy. Best Regards Michael

Hi Wendy, thanks for your input. I have to say I’m slightly confused by your comment. Anyone who takes the time to educate themselves & listen to an interview like this, is going to be able to make a more informed decision when walking into a retail supplement store.

The fact that we highlight what to look for when buying supplements reinforces this.

We were very keen to have Michael & Christian onboard for the interview as they see daily what the end consumer ‘think’ they need when they walk into a store. Sadly, many people only want a supplement full of chemicals because it has a muscle man or weight loss on the packet.

The fact that the guys came on and spoke openly to what is actually going on in the industry is fantastic, and I have nothing but respect for their honesty. I truly believe anyone who listens to this will be the better for it and won’t blindly buy supplements off the shelves just because the packaging says it good.