Should You Exercise Less to Lose More Weight? “Health is a resource for everyday life, not the objective of living.” –
… Health Promotion

My mate was faced with something that he felt was a serious problem, his job demanded lot’s of hours, blood, sweat and tears on a weekly basis. He loved his job but his health was beginning to suffer. He’d been at it for four years and whenever he fitted exercise into his routine it became too much and simply exhausted him.

When we met up one evening, he told me that he had a 6.30am spin class that morning with a jog lined up for the following night. He also looked like he was going to have to crawl home like a lizard as he was that tired! I did feel for him.

After discussing the food pyramid at length and coming to the conclusion it sucked, I really felt we’d need to look at his exercise regime too.

I asked him why he was exercising?

After a bit of a dumbfounded look he said he wanted to be fitter, leaner, toned and healthier. He was feeling like a slug with no backbone when he sat in his office chair and he desperately wanted it to change.

From where I was sitting, his road to greater health wasn’t looking pretty. All I could see for him was fatigue, burnout, frustration, possible injury and an attitude that said ‘screw you’ to exercise with a million justifications on why he can’t do it anymore.

Do you like the idea of exercising less & becoming a lean mean health machine in the process?

First of all, let’s clear up a little confusion. Health and fitness are not the same thing. I’ve seen many people who are pretty fit but not very healthy, and I believe their exercise regime was contributing to their poor health… Just like my friend was starting to do.

The World Health Organisation defines health as – “…a state of complete physical, mental, and social well-being and not merely the absence of disease…”

So in other words, just because you are not sick, doesn’t mean you are healthy. And the same goes for your fitness, weight loss and it’s relationship to health too.

Cut out the fluff and look at the facts for a moment. When a person exercises on a regular basis, more energy is needed for the body to recover hence you eat more. So…

1. The more you exercise, the more your appetite will increase.

Common sense right? When someone decides to get on a health kick, they start to exercise more and so they will naturally begin to eat more. But they generally eat more of the wrong type of food. This won’t do anyone any favours. In fact, this will cause longer-term problems. 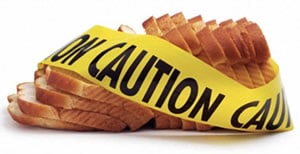 My friend had pushed his body to the max for 45min. After his shower he was ravenous and unprepared, he then went an ate a big breakfast in a takeaway roll! He told me he thought it was ok to do ’cause he just earned it!!!

This isn’t going to help his recovery. Not only is he consuming poor nutrition, but by eating a lot of processed carbs like that (the big white roll), it will raise his blood sugars. When the body has high blood sugar, you will not burn body fat. What do most people eat in their daily diet? A lot of white processed carbs. And they wonder why they are struggling to lose weight.

This is where preparation is key.

2. All exercise benefits are gained in the recovery. Not during exercise.

Your recovery is only as good as the food you eat. Period. After stressing the body through exercise, nutrient dense food is paramount! If you eat high carb processed foods you are then feeding the appetite but not the body. This will compound with interest overtime. This is not smart as it completely undermines the benefits exercise has to offer.

Think about it for a moment. My friends love handles and pear shaped body came from mainly what he shoved down his throat on a daily basis. The other 20-30% is yes, mainly exercise, but also genetics, stress reduction and a positive attitude. If your health is the priority here, clinging onto a unhealthy lifestyle and hoping exercise will fix it is a big mistake. This will only make matters worse.

He was wanting to fit in 3-4 x 1 hour gym sessions a week, and it was already taking its toll. Now contrary to popular belief, if he wants to loose weight healthily, it’s about increasing the efficiency of his metabolism, not increasing the metabolism itself through exercise. In other words, it’s not about making your engine run hotter. It’s about making it run smoother and more efficiently.

He is vigorously exercising in the hope of boosting his metabolism, he is also attacking it from the wrong angle. Yes he may burn a few more calories, but he’s also increased his appetite (worked up a hunger). Also, long bouts of extreme exercise increase free radicals and oxidative damage. These are directly linked with inflammation and degeneration associated with ageing, thus speeding up the process… this will also effect the immune system, leaving you vulnerable to illness… sound healthy?

If he wants to make his engine run more efficiently and not hotter, he’ll have to look at the food he eats. The key is to keep your blood sugar levels in check. This is accomplished of course by eliminating our favourite friends: Sugar, starch and most processed carbohydrates. Then increasing his natural fats with each meal. If he did this he would be teaching his body to burn fat rather than sugar/carbs for fuel to get him through the day.

And of course, with 80% of his body composition coming from the food he eats and how efficiently he burns them, naturally the first thing he should focus on is his nutrition. I’ve written many posts on nutrition, so explore the blog. But here, here & here are great places to start. Even if all he did was reduce his sugar intake (and we’re not just talking about table sugar here, think bread, pasta etc) he’d be off to a flying start!

If he tackled this head on, by getting himself more organised and eating food that serves the body and not stress it, he would automatically start to feel better over time. This would have a positive outcome on his work and his stress levels. Good things would happen before he even put his runners on.

Always remember: You can never out train a bad diet.

Armed with the above knowledge, I asked my mate why he would want to spend up to 4hrs a week in a gym when he could achieve his goals over time in probably 1 hr a week? If people want to spend hours in the gym or do a spin class that’s fine as exercise has so many benefits, but as the only tool for weight loss? Unfortunately he was struggling to fit it in as it is, and he was using sheer willpower to get himself through these intense long cardio sessions.

1 hour a week was much more appealing and realistic than 1 hour a session.

He was now beginning to see that to gain success with weight loss, it needed to be a byproduct of living a healthy lifestyle. Not living for weight loss and hoping you become healthy.

And why/what exercise should he be doing? I’ll cover it in my next post. I’ve blabbed on long enough for this one!

You can read part 2 to this post here: The best exercise for weight loss. 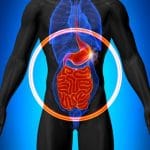 Is Salt Healthy & How Much Should I Have In My Diet? 9 Replies to “Should You Exercise Less to Lose More Weight?”

I can’t wait for your next post about what excersise is best to do in only an hour a week. I’am all about eating sugar free and food’s to fuel your body but iam struggling with fitting excersise in a busy week also.

Thanks for this post, reasures me that diet is number one! Any more tips would be great about foods to eat at what times.

No worries Bree… You are definatly on the right track as nutrition is so important!

Cannot wait for the next post …. I hate exercise and do it more for lifestyle. Well except the kettlebells I do as per your instruction!

Hey Kelly… Happy to say part II is up on the blog. You can check it out here. Enjoy 🙂

Great post, I can’t wait to read about what sort of exercise you think is best. I’m fitting in about 1 – 2 strength training sessions a week, but I’m still recovering from a long bout of glandular fever and find it hard to do much more. I’m all about eating protein, good fats, veg and lots of greens..just can’t seem to shake the last of my weight.

Hi Anna… You can read part II to this post here. Enjoy 🙂

Great just the excuse people are looking for to not have to exercise regularly, 1 hour a week ?? what about Bone density degeneration,cardiovascular disease , strokes, energy boosts, mood elevation, confidence and depression all things which can be helped though regular exercise not just diet alone. especially for 90% of people who live sedentary lifestyles this would be insufficient training and yes a lot of people need to train smarter than harder. This world has become riddled with illness and disease no better way to fight it than training regularly and becoming stronger I say. I agree with what your saying to a certain extent but also believe it not to be the best message to send out to the masses as it will be interpreted differently and we all know everyone likes to take the easy way out and not work hard. And nothing wrong with using sheer will power to get through a 1 hour cardio session as will power is also a muscle that needs to be exercised 😉

Great blog for younger people working ao hard and long. Shall link to my page.