There’s a reason we call Stu ‘The Whippet’. He’s a sprightly fellow, however, hopefully not for much longer.

After doing CrossFit for the last six months Stu’s become so lean that ocean swimming (a favourite pass time of his) has become more like taking an ice bath and each session is getting notably shorter due to the poor Stu being unbearably cold.

So in this edition of 180 seconds or less, we join Khan and Stu on the couch and chat about Stu’s new dietary and strength training endeavor, in which he’s looking to put his days of Whippetry behind him and become more of a Rottweiler, or better yet Great Dane.

The diet is based on the “Bigger Smaller Bigger” plan, put together by fitness and nutrition experts Dr John Beradi, Martin Rooney and Nate Green. They claim it helped Green pack on a massive 20lbs in 28 days, so we’re looking forward to seeing what it does for Stu! Supreme health is only ONE CHANGE away! 2 Minutes with Dave Asprey 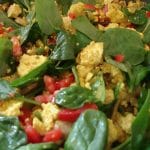 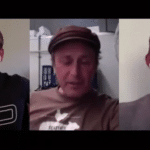 Grant Hilliard: Why the Term ‘Free Range’ Is Meaningless