Running offers many health benefits, but like any form of exercise, it also comes with the risk of injury. That’s why runners take steps to strengthen their bodies and guard against harm.

Why You Should Consider Minimalist Shoes

Minimalist shoes have no heel-to-toe drop. They also typically have flexible outsoles, while lacking the stabilizing features common in some other types of shoes.

Some believe that wearing them  helps to develop foot muscle strength. Since most shoes, like supportive sneakers and boots, provide stability and restrict movement, it’s not uncommon for people to have weak foot muscles. This could put them at greater risk of injury if such people decide to take up running or similar activities.

To test the benefits of walking in minimalist shoes, researchers assigned 57 runners to one of three groups. One group performed regular foot strengthening exercises over the course of eight weeks, one walked a certain number of steps each day in minimalist shoes, and a control group did neither.

The results of the study indicated that walking in minimalist shoes is equally as effective at increasing foot muscle strength as performing strengthening exercises. This is good news for runners with busy lifestyles.

If you don’t have the time to perform additional exercises, you can still reap the same benefits just by wearing minimalist shoes throughout the day. Building foot muscle strength helps to guard against injuries and conditions such as plantar fasciitis.

Researchers suggested walking in minimalist shoes forced study participants to activate their foot muscles to a greater degree than they would if they were walking in traditional footwear. For example, minimalist shoes will likely strengthen foot muscles considerably more than your average pair of comfortable sandals. Thus, they were essentially exercising their feet relatively vigorously simply by walking around.

Should You Run in Minimalist Shoes?

This doesn’t mean it’s also a good idea to run in minimalist shoes. A few years ago, the minimalist and barefoot running trend was popular, but experts point out we don’t yet know if the trend actually helped people avoid injury. Anecdotal evidence suggests this type of running actually puts you at greater risk of harm.

This is also true of walking. Experts recommend gradually taking more steps each day if you’re experimenting with minimalist footwear. Your goal should be to build up your comfort and strength over time.

That said, if you’re looking for ways to boost foot muscle strength without setting aside time to exercise your feet every week, walking in the right pair of shoes can help. As long as you’re careful, opting for minimalist shoes may help you avoid common running injuries.

This article was written by Clarisa Rivera, a content editor in Taoist footwear. A Naturopaths Guide To Avoiding Constipation 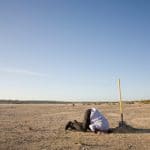 The Top 5 Foods I Try to Avoid Eating