How to Visualise & Create the Outcome You Want | Dr Joe Dispenza

If you look at all elite athletes in competition, there’s barely anything that can separate them from who comes first or second. With the professionalism that goes into their training, months of disciplined preparation, nutritional plans, will power and dedication, is there any wonder there’s nothing separating these top performers? Or is there an unspoken secret that allows the forward thinking athlete to come out on top?

We asked NY Times best-selling author Dr Joe Dispenza (You Are the Placebo, Evolve the Brain) what’s the difference between winning and losing? And his answer he believes has EVERYTHING to do with that outcome. So if you want to get the edge over your competitors with this one very powerful technique, then check out the video below.

The Power of Visualisation:

You can watch the FULL INTERVIEW HERE. Or Download on iTunes or Stitcher:

Guy Lawrence: When it comes to athletes, because we actually deal; our podcasts gets listened by a lot of people that do CrossFit and elite end performance. And there’s always just slight variables that seem to cut between first, second, third, fourth, fifth; like, these guys are so phenomenal.

From your experience and what you know, the power of thought and attention applied there, like how much of that would that play in outcome of the; between winning and coming in second, do you think?

Dr. Joe Dispenza: It has everything to do with the outcome. It does. We can; I’ve worked with so many professional athletes and I can show you that you can take a person who’s never played the piano before and you can teach them one-handed finger exercises, scales and chords. They can practice for two hours a day for five days and at the end of five days you can scan their brain and they’ll have new circuits that grow on their opposite side of the brain.

It makes sense. You learn something new. You make new connections. You get some instruction. You get your body involved. Experience enriches the brain. You pay attention to what you do. You have to pay attention, repeat it. You’re going to grow new circuits on the opposite side of the brain.

Well, you can take another person, have them close their eyes and mentally rehearse playing those scales and chords for two hours a day for five days. At the end of the five days, their brain is going to look like they’ve been playing the piano for five days and they never lifted a finger.

Now, what that means is, their brain is beginning to change and they’re beginning to install the hardware in their brain to look like their experience has already happened. In other words, you’re changing your brain to do the activity better.

You take that person that’s never played the piano, you put them in front of the piano and they can play the piano, because now the hardware program is turning into a software program.

Why is that important for athletes? Because the more circuits you have in place, the more you can get your behaviours to match your intention. Point number one.

Point number two: You can take a group of people and you can have them pull a spring for an hour a day for four weeks. At the end of four weeks, 30 percent increase in muscle strength. You know the physiology behind that?

Dr. Joe Dispenza: Muscles will break down and they grow back bigger. Proteins change.

You can take another group of people and have them close their eyes and mentally rehearse pulling that spring and saying “harder, stronger,” never lifting a finger. At the end of four weeks they have 22 percent increase in muscle strength just by thought alone.

Dr. Joe Dispenza: So, the body begins to respond to the mind by mental rehearsal.

So, we work with; I don’t care if they’re Tour de France cyclists or professional golfers, the mental game in rehearsing the activity; rehearsal begins to align the brain and body into the future.

And any great athlete will tell you, when they are getting ready for an activity, they’re reviewing what they’re doing enough times and when they get in there, they’re no longer thinking about what they’re doing, they’re going to let their body take over, because their brain and body have been primed into the activity.

Guy Lawrence: There you go. That’s fantastic. And would you sit there and mediate on that and just visualize it over and over, I’m thinking? Or would that be something you just run over your head as you’re …

Dr. Joe Dispenza: Oh, no, I mean, there’s a CrossFit activity and you’re doing pull ups or you’re doing clings or whatever it is. The more the person can rehearse lifting that weight and begin to feel how much it’s going to weigh and what’s going to happen if their body wobbles and how they have to straighten it out and how they have to set themselves and you can take them through every single step. Pause. Breathe. Hold. Now exert. Come on keep exerting. And you get the person involved in it mentally; they will get their behaviors to match their intentions when they actually do the activity, because they’re loading the brain and body for the event.

Do you practise visualisation techniques? Love to hear your thoughts in the comments section below… Guy This podcast features Dr Joe Dispenza who is a doctor, a scientist, and a modern-day mystic. In a style that is simple, straightforward, and easy to understand, he has woven into a single volume the paradigm-altering discoveries of quantum science and the deep teachings that adepts of the past dedicated... Read More
Share:
Related Articles Why counting calories does not work

Not something you see every day 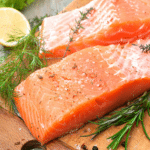