Anyone who has ever tried to stop smoking will know how hard it is to give up for good.

It can take weeks, months or even years before you feel like you’ve finally ‘kicked the habit’ and some people STILL find themselves reaching for a cigarette after a meal twenty years after they took their last puff.
While cigarettes contain nicotine which is an addictive chemical; reports vary but experts say that the nicotine cravings only last between 48 hours and two weeks. The rest of the battle when you give up smoking is entirely down to breaking the habit.
And smoking isn’t the only unhealthy habit that Australian’s have.
A wine at the end of every day, dessert to follow a meal, using food as a response to emotion, inactivity, large portions; the list of bad habits that people have is endless and they’re making our nation sicker and more susceptible to obesity and chronic illness than ever before.

So how do we get into unhealthy habits?

A habit is created as a response to repetitive actions. Over time, those responses become an automatic action which is carried out with very little thought or rationalisation.
If you have a stressful day at the office and succumb to a glass of wine at the end of the day, you start to feel relaxed which makes you feel good. If you then repeat this process every day, this one glass of wine is an action which you associate with a positive experience (feeling relaxed). After repeating the process over time, the wine becomes an action which you carry out whether you feel stressed or not. Before you know it, a bad habit has formed. It’s not a special occasion, you’re not using it for stress relief; you’re having a wine every day and it’s just become something that you do.
Once a habit is formed, the good news is that you’re not stuck with it forever and once you become aware of it, it’s just as easy to BREAK a bad habit as it is to make one!
If you’ve got unhealthy habits, here are five ways to break them to contribute to a happier, healthier version of yourself!

Deal with habits one at a time and start with the smallest first. Start with something that has the least impact on your life, for example checking your mobile phone before you go to bed. Once you’ve trained your brain in that area, start on the next habit; perhaps not eating after 7pm. While you’ll want to reach for the snack jar because that’s what you’ve always done, after you’ve broken the habit you’ll find it much easier to only eat when you’re hungry.
All too often people make the big mistake of trying to change all their bad habits at once which becomes overwhelming and inevitable leads to them giving in.

Analyse your current behaviour and understand why you have the habit, what triggers you to carry out that action and whether you can stop on your own (such as a change in routine) or whether you might need specialist help (such as alcoholism). Write down a plan of attack and decide how you will achieve each milestone.

Let your partner, family or friends know what you’re doing. That way they can celebrate milestones with you and help you keep on track if things get hard.

Give yourself a pat on the back for every milestone you reach. Whether that’s a day without sugar, a week of consistent exercise or limiting alcohol at home – celebrate! Make a social media announcement or treat yourself to shopping spree – whatever encouragement you can find to keep going, do that!

Visualise yourself in a life where the habit doesn’t exist. You’re no longer the person who leaves the social function to go outside for a cigarette, it’s now herbal tea you’re drinking at the end of a hard day, and sweet treats are reduced but you have lost weight and much more energy. Being able to visualise and more importantly, feel what it’s like to have broken a habit means you’ll be much more successful because those feelings will spur you on to feel them for real.
Have a quick think about your day. What are the things that you do out of habit which can be broken to contribute to a healthier you? Most adult behaviour is carried out through habit and knowing that it can be changed means that you’re in complete control of your own wellbeing.
Check out our Vitality Collection Here What is Glutathione and why is it so VERY Important? 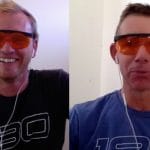 Top Sleep Hacks: How to Manufacture the Best Nights Sleep How to Calculate Your BMI and What it Means Why I Do Not Drink Tap Water