Indulging in Japanese Cuisine Can Boost Your Health 180 Nutrition: An increasing number of Australians are opting for a healthier lifestyle which includes choosing healthy foods both when dining out and at home. According to an Eating Out in Australia report, healthy eating has been identified as a key trend in the restaurant industry, increasing by nearly 15% over the last year. Food trends, in general, have received a healthy makeover as well with one hot trend, in particular, appealing to health enthusiasts: Japanese cuisine. Melbourne restaurant king Chris Lucas has shared his take on why Japanese food is considered so trendy by stating: “It’s such a healthy cuisine, it’s light and clean, so the wellness crowd loves it.” While there is no denying that the Japanese have blessed the world with a range of exquisite cuisine, it will take some closer examination to determine whether the fare really lives up to our expectations.

The Japanese have been ranked in the top 3 of longest-living people in the world, a feat that is, for the most part, attributed to their diet. Of all the ‘good for you’ ingredients of a typical Japanese diet, fish is one of the most commonly consumed. Popular fishy dishes include sushi, sashimi, and Buri Daikon a dish that consists of simmered fish and daikon radish. Fish is a great source of omega-3 fatty acids which promotes heart and brain health, provides the body with an impressive Vitamin D boost, and may even help to prevent asthma in children. Other frequently-used ingredients include miso and umami paste which are filled with isoflavones, seaweed which is rich in minerals such as zinc, magnesium, iodine & calcium, and matcha tea which is known for its high catechin levels that can boost the body’s natural antioxidant defenses.

Prepping healthy Japanese food at home is a lot easier than it may seem. As long as your kitchen is filled with a large range of healthy ingredients you will be able to prepare delicious and nutritious meals for yourself and your family.  You will also need to arm yourself with the right kitchen equipment to get the job done such as a set of quality Japanese knives, chopping boards, a wok, and a bamboo steamer.  If you are unsure of how to prepare a wholesome Japanese meal, don’t despair as the internet is inundated with countless delicious and nutritious recipes just waiting to be discovered.

Other healthy components of a Japanese diet

Apart from incorporating healthy ingredients into their meals, the Japanese are also known to engage in a range of healthy eating habits that contribute to their longevity. Eating large amounts of fish has led to a reduction in the amount of red meat that is consumed. If eaten in excess, the saturated fats contained in red meat can clog the arteries while also result in obesity and subsequent heart disease. Couple the low meat intake with an immense love for cruciferous vegetables such as kale, cauliflower, Chinese cabbage, and broccoli that are high in vitamin C and fibre while also boasting potent cancer-fighting properties.

Of all the food trends we can follow, the one revolving around Japanese cuisine is undoubtedly one of the healthiest. It is, however, important to remember that portion control needs to be practiced as even a seemingly healthy food can be of detriment to the body and mind when consumed in excess.

This article was written by Jane Munro a health enthusiast and freelance writer. The party’s over: For all those in favour of a detox, say ‘I’. 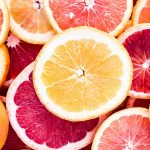 Vitamin C: Why We Need It & How To Get Enough If You Use A Computer, Do This Right Now 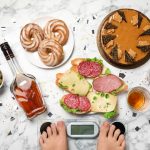 4 Healthy Tips on How to Not Put Weight on this Christmas!