We all know that ‘an apple a day keeps the doctor away’ but did you know that the same could be true about apple cider vinegar?

If you haven’t met apple cider vinegar yet, allow me to introduce you. Apple cider vinegar (or ACV as it’s known by its close friends), is found in the aisle with the regular vinegar and dressings in the supermarket. It’s made from the liquid of crushed apples which is then fermented with bacteria and yeast and is then turned into vinegar.

While you possibly have the remnants of an old bottle gathering dust at the back of the pantry, here are seven excellent reasons that this as-good-as superfood isn’t just to flavour chips and should be pulled out and introduced as a regular part of your daily nutrition.

1) Reduces the risk of diabetes

When consumed regularly, the acetic acid found in vinegar lowers glucose levels by reducing the digestion of starch and improving hormone sensitivity. While it’s not potent enough as a cure, adding ACV to your daily diet will start to combat glucose levels before they get too high.

The acetic acid present in all vinegar slows down the rate that sugar from food is released into the bloodstream. This plays a large part in reducing appetite, halting the process of sugar being stored as fat, and can stop cravings altogether for those who are struggling with their weight loss program.

Vinegar mimics digestive juices which the body relies on to process food. With the body having an enforced push on digestion; ACV reduces bloating, gas, reflux, constipation and indigestion.

Dangerous blood lipids which promote high cholesterol are reduced with ongoing consumption of ACV. Pectin is also present in apple cider vinegar which helps to bind cholesterol to stop it from being absorbed into the bloodstream. Regular consumption of ACV has been shown to lower cholesterol and triglyceride levels, along with several other heart disease risk factors.

ACV contributes to a healthy gastrointestinal tract which supports digestion and in turn, reduces inflammation throughout the rest of the body.

Apart from brightening skin tone, the antiseptic properties in ACV fight against facial spots and blemishes. Either make a facial toner and apply as a tonic or ingest as a regular part of your diet. ACV can help kill pathogens, including bacteria which may be beneficial in treating Acne.

7) Can aid in the prevention of chronic diseases

ACV is a great source of beta-carotene which offsets the damage caused by inflammation which can lead to chronic diseases. Boosting the immune system, also helps your body fight against free radicals caused by the environment. Numerous studies have shown that various types of vinegar can kill cancer cells and shrink tumors.

There are many alternatives of apple cider vinegar on the shelves but to get the most benefit you should always buy raw, unpasteurised, unfiltered and organic to make sure you’re getting the best quality product. Look for ‘mother’ on the label too as this adds extra protein, enzymes and good bacteria which aren’t present in all brands.

Apple cider vinegar can be used in place of regular vinegar in all recipes, it can be used to make dressings for salads, or it can be consumed with water as a tonic to start your day. As with anything, you should monitor how well your body responds to the introduction of a new ingredient and look for alternatives if you notice any adverse effects.
Because if that doesn’t work, it also doubles as a chemical-free cleaning product!

Use ACV with L-Glutamine to boost your gut health here 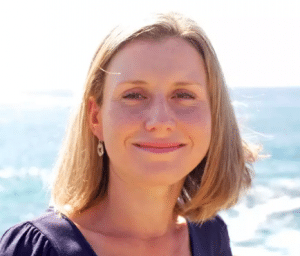 This article is brought to you by Angela Greely, a qualified naturopathic nutritionist with over 10 years of experience in the health industry. She ran a successful clinic in Sydney specialising in weight loss and family nutrition. She is very passionate about bringing wellness to millions and developing the very... Read More
Share:
Related Articles 7 Foods To Consume When Under Stress