Cocoa Consumption May Decrease Blood Pressure, Improve Cholesterol, Researchers Say. Cocoa, used throughout history as a folk medicine, may actually have significant health benefits, according to a new study by Harvard researchers.

Their analysis of 21 studies with 2,575 participants shows that cocoa consumption is associated with decreased blood pressure, improved blood vessel health, and improvement in cholesterol levels, among other benefits.

Eric L. Ding, PhD, of Harvard Medical School says the apparent health benefits come from polyphenolic flavonoids in cocoa that have the potential to prevent heart disease. Flavonoids are antioxidants that are commonly found in fruits, vegetables, tea, wine, and coffee.

Flavonoid-rich cocoa consumption also was linked to reductions in risk factors fordiabetes — a major risk factor itself for cardiovascular disease.

Further, consumption of flavonoid-rich cocoa did not change triglyceride levels of study participants or make them obese. Triglycerides are a type of blood fat that have been linked to coronary artery disease when levels are elevated above normal.

More Research Needed to Nail Down Benefits of Cocoa

Ding and his colleagues say in the new study that because most chocolate is high in added sugar and fat, more research is needed to determine the risk-benefit effect on the heart health of eating commercially available chocolate.

Though past studies by Ding and others have found that cocoa may reduce heart attack risk, the dosage necessary to produce this effect is not known, and further research is needed to shed more light on that question, as well as on cocoa’s direct benefits on preventing strokes and heart attacks, according to a news release.

The new research is being presented in Atlanta at the American Heart Association’s Nutrition, Physical Activity and Metabolism/Cardiovascular Disease Epidemiology and Prevention 2011 Scientific Sessions.

Include cocoa in your daily diet with 180 SuperFood. 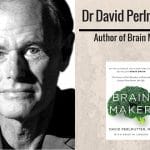 Do You Have Healthy Gut Bacteria? Find Out With This Simple Checklist – Dr David Perlmutter 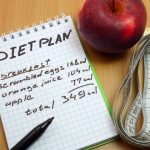