The typical Western diet is comprised of highly refined and processed foods.  It’s common for many Western people to have digestive disorders.

In fact two people in my own circle of friends have recently been diagnosed with diverticulitis.  After talking with them about their diets, it became apparent that they ate plenty of processed foods but not very much fresh and whole food.  These people may have avoided diverticulitis if they followed the principles of the Paleo Diet.

In my friends’ case, diverticulitis was a result of their diets.  Diverticulitis is small, bulging sacs or pouches of the inner lining of the intestine (diverticulosis) that become inflamed or infected. According to the NIH, eating a low fibre diet is one of the most likely causes of this disease and that people who eat mostly processed food, do not get enough fibre in their diet. Processed foods include white rice, white bread, most breakfast cereals, crackers, and pretzels.

So how could the Paleo Diet help have helped my friends avoid getting diverticulitis and other digestive problems?  First of all, a Palaeolithic diet doesn’t include processed food.  Paleo Diet principles are based on the idea that for optimal health, people should eat a diet that is similar to what early hominids ate 2 million to 12,000 years ago.  More information about the Paleo Diet can be found in What is the Paleo Diet.  Paleo recipes don’t include grains such as rice and wheat thereby reducing a person’s exposure to food processing.

If you want to eat like our ancestors, try our 180 Super Food. 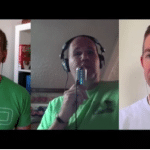 So good they may as well be homemade protein bars

Get the lowdown on fat