Health benefits of coconut should be promoted

Coconuts play a unique role in the diets of mankind because they are the source of important physiologically functional components.

These physiologically functional components are found in the fat part of whole coconut, in the fat part of desiccated coconut, and in the extracted coconut oil. Lauric acid, the major fatty acid from the fat of the coconut, has long been recognised for the unique properties that it lends to nonfood uses in the soaps and cosmetics industry.

More recently, lauric acid has been recognised for its unique properties in food use, which are related to its antiviral, antibacterial, and antiprotozoal functions. Now, capric acid, another of coconut’s fatty acids has been added to the list of coconut’s antimicrobial components. These fatty acids are found in the largest amounts only in traditional lauric fats, especially from coconut. Also, recently published research has shown that natural coconut fat in the diet leads to a normalisation of body lipids, protects against alcohol damage to the liver, and improves the immune system’s anti-inflammatory response.

Clearly, there has been increasing recognition of health- supporting functions of the fatty acids found in coconut.  Reports from the U.S. Food and Drug Administration about required labelling of the trans fatty acids will put coconut oil in a more competitive position and may help return to its use by the baking and snack food industry where it has continued to be recognised for its functionality. Now it can be recognised for another kind of functionality: the improvement of the health of mankind.

Include coconut in your daily diet with 180 SuperFood. 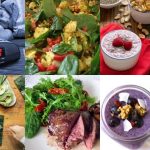