A specialized diet high in fat and low in carbohydrates, known as the ketogenic diet, may reverse impaired kidney function in diabetes, according to researchers from the Mount Sinai School of Medicine.

“Our study is the first to show that a dietary intervention alone is enough to reverse this serious complication of diabetes,” Charles Mobbs, PhD, professor of neuroscience and geriatrics and palliative care medicine at Mount Sinai School of Medicine, said in a press release. “This finding has significant implications for the tens of thousands of Americans diagnosed with diabetic kidney failure, and possibly other complications, each year.”

The researchers evaluated mice genetically predisposed to have type 1 or type 2 diabetes. Half of the mice were put on the ketogenic diet and a control group maintained a standard, high-carbohydrate diet. After 8 weeks, molecular and functional indicators of kidney damage were reversed in the mice on the ketogenic diet, according to the results. In addition, kidney pathology in the model of type 2 diabetes was partially reversed on microscopic analysis, according to a press release.

They also identified a previously unreported panel of genes associated with diabetes-related kidney damage, whose changes in expression were reversed by the diet.

To improve your diet naturally, check out 180 Super Food. 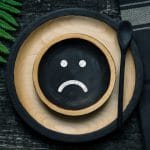 7 Biggest Mistakes Made When Clean Eating A Fresh Perspective on Weight Loss Australia Low Carb Down Under Tour 2014