Researcher Heather Leidy, assistant professor in the MU Department of Nutrition and Exercise Physiology and colleagues looked at MRI’s to find out eating a healthy breakfast reduces brain signals related to food motivation and reward – especially when protein is consumed in the morning.

Leidy explains adolescents frequently skip breakfast and that doing so is linked to snacking on unhealthy foods, increased eating at night and obesity. The researchers targeted overweight teens who are most likely to ignore breakfast. In the study that included ten participants, three groups of teens were evaluated – those who continued to forego breakfast, a group given a breakfast of cereal and milk, and a third given a higher protein breakfast of Belgium waffles, syrup and yogurt.

Functional MRI (fMRI) was used to look at brain activity related to food motivation and reward. The researchers also measured appetite perceived by the teens, hormonal markers and psychological motivation related to desire to eat.

Questionnaires were completed at the end of each of the three weeks of the study to measure appetite and food satiety. Just before lunch, fMRI’s were conducted to measure activity in the brain. The adolescents who ate breakfast reported greater satisfaction and less hunger throughout the morning, compared to those who skipped breakfast.

Eating breakfast in the morning reduced brain activity in the regions associated with motivation and reward, which is also where dopamine is released – a hormone that plays a role in emotional well-being and pleasure.

The higher protein breakfast was associated with greater feelings of satiety and changes in reward eating behavior than the normal protein milk and cereal meal.

Start your day with 180 Superfood 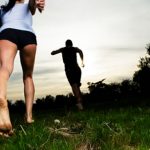 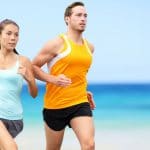 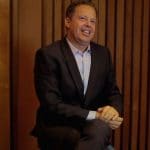 Discover The SINGLE REASON Why Your (Diet, Goals, Desires etc.) Are Prone To Failure