Growing concerns over the use of hormones to help promote growth in the poultry farming industry in Australia has recently lead a major producer of chicken products to proudly advertise the fact that no hormones are used in farming their chickens…. ever.  This is all well and good, but what they fail to tell us is that hormones were banned for use in the poultry farming industry 40 years ago in Australia. They also forget to mention that antibiotics are used, however but we’ll talk about another time.

Most Australians mistakenly think that chicken is pumped full of hormones and that other meat such as beef is not. Unfortunately this is far from the truth and it is a very different story when it comes to cattle farming, in fact it is standard practice to use hormones to promote the growth of cattle farmed for the meat industry in Australia. The hormones used are called Hormone Growth Promotants (HGPs) which are a cost effective way for beef producers to get their product to market faster.

Meat and Livestock Australia say this in regards to their use:

“HGPs are legal and safe productivity tool used by some producers to enable their cattle to meet market weights at an earlier age. A new NSW DPI study has estimated that HGP contribute and additional $210 million in production benefits to the Australian beef industry.”

The use of growth hormones in cattle farming

It is a contentious issue and a matter that has generated intense international debate. The Australian government holds the position that it is unlikely to be unsafe when used properly. The European Union disagrees and the use of hormones has been banned in cattle farming since 1989. The export of Australian beef to Europe is big business and tight controls are in place to ensure that all beef exported to Europe has been raised without the use of hormone growth promotants.

The types of hormones used in beef farming include oestrogen. Apparently beef farmed in the North of Australia is regularly dosed with  oestrogen based hormones and one implant that is commonly used contains 42 milligrams of oestrogen.

So what are the potential heath risks of eating beef that has been raised using hormones to promote growth? While the jury is officially still out on this it is wise to keep in mind that the estrogen dependent conditions are on the rise – these include breast cancer, ovarian cancer, fibroids, fibrocystic breast disease and prostate cancer. Children are particularly sensitive to added hormones as they are still developing.

There are also concerns over the environmental impact of hormonal residue in cattle manure. This may eventually enter surface and ground water system and potentially effect fragile aquatic ecosystems.

Unless you buy organically raised beef you can assume that most of the beef you eat has been raised using hormone growth promotants. It is important to make an informed choice about the food you eat.

I think more Australians will reconsider  their next steak if they knew how it is raised. So pass this information along to your friends and family and let them make thheir own choice. A good reason to reconsider going organic next time your at the butcher! 5 Reasons to Love Tahini and How to Use it Can We Live Longer On A Low Carb Diet? 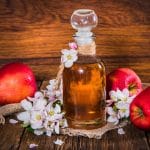