Beck: I got the bases of my recipe from an app called clean and green but I’ll give you my 180 version!

The night before or a few hours earlier get your raspberries and half the vanilla pod and an extra tablespoon of rice malt syrup with a 1/4 cup of water and cooked them all until the raspberries turn to a syrup. Let it cool and add the chia seed. Put in a container, covered and put in the fridge until it becomes like a jelly like consistency.

In a food processor or a high-speed blender, blend the almonds, walnuts, dates cinnamon and a pinch of salt and 1/2 cup 180 chocolate protein powder (add cacao if you like it extra chocolatey!) until a crumb like consistency.

Scoop the crust mixture into the cake tin and flatten out with a spatula until even.

In a blender add the cashew, coconut oil, 1/4 cup of the rice malt syrup, lemon juice, the rest of the vanilla pod seeds and a pinch of salt and blend until a smooth ‘cheese’ like consistency.

Pour this mixture on top of the crust layer and again flatten out with a spatula.

Finally, add the raspberries/chai seed mixture, the rest of rice malt syrup and blend for a minute or two.

Pour the final layer on top of the cheesecake.

Place in the freezer (covered) for a minimum of 3 hours.

It is best kept in the freezer until you want to eat it. Or once it’s set cut it up in to portions and put in the freezer. The top can go a bit oozzy when it gets warm.

I hope this makes sense!!! I’m a bit of wing it and see kinda cook!

Angela: I’m a wing it kinda cook too! We are the best 😉 enjoy making it. You can find more awesome recipes here

Order 180 for your recipes here CrossFit Journey Part III: Paleo? A typical daily diet from some of the best

How the Law of Attraction Works; The Scientific Explanation 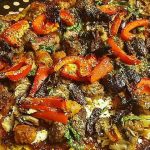