Stu: This a great post by Naturopath Tania Flack who describes the relationship of the gut, weight loss and overall health.

Tania: If you have been struggling with your weight loss plan, most of your attention will be on the food you eat and increasing your exercise – which is great, but there are some people who despite their best efforts are still unable to lose weight. Does this sound familiar and why is this the case? A growing amount of research has identified the link between an imbalance of bacteria in the digestive system regarding weight gain, metabolic syndrome and obesity.

Did you know there are more bacterial cells (called microflora) in your digestive system than there are cells in your entire body! In fact, gut colonies of microflora numbers into the trillions. Many bacterial strains play in important symbiotic role in the body and help to keep us healthy. So it’s no wonder that when the delicate balance between ‘good’ bacteria and ‘bad’ bacteria in the digestive system gets disrupted our health is affected.

An overgrowth of bad bacteria in the digestive system is known as dysbiosis and is quite common, so common in fact that between 70-80% of all patients tested in our clinic prove positive. We make a point of testing every patient for this condition as it is well recognised that dysbiosis can cause low grade gut inflammation, poor digestion and nutrient absorption and can interfere with the way the body excretes hormones. This is particularly important for women as it can lead to ‘recycling’ of oestrogens, which can cause estrogen dominance and have a significant detrimental effect on hormone balance.

The latest research, released by scientist from the Cornell University in America has identified a link between dysbiosis and Metabolic Syndrome in animal studies. This group of scientist became interested in the relationship between gut bacteria and weight gain when they noticed that lab mice lacking a certain protein and had more gut bacteria than other mice and were about 15% heavier. It was found that these mice had a higher level of inflammation. Inflammatory signalling is known to promote a condition called Metabolic Syndrome which leads to weight gain, high blood pressure and cholesterol and leads to a higher risk of developing diabetes and heart disease.

The mice in this study were lacking a special protein in the cells of their digestive system which helps to control bacterial levels in the gut, this caused them to develop an overgrowth of gut bacteria. The study found that the overgrowth of bacteria in the gut triggered an inflammatory state as the cells in the digestive tract tried to respond to the bacteria. As these cells are busy trying to deal with the bacteria they are less likely to to take up glucose and process it effectively, this desensitisation of the cells then leads to blood sugar fluctuations and symptoms of Metabolic Syndrome, namely weight gain, high cholesterol levels and elevated blood pressure. This was then confirmed by transferring bacterial gut populations to other mice who then developed the same symptoms.

So what causes bad bacteria in the gut?

There are several causes of bacterial overgrowth in humans including the overuse of antibiotics and other medications, a highly refined, high sugar diet and cleaner water and improved sanitation and hygiene in general is needed – no wonder it is so common!

Studies like this highlight the importance of having a healthy balance of digestive bacteria and the potential long term effects on overall health. This area of research has attracted a great deal of great interest in the scientific community and we can expect further studies in the future.

Learn More About Gut Health Below: 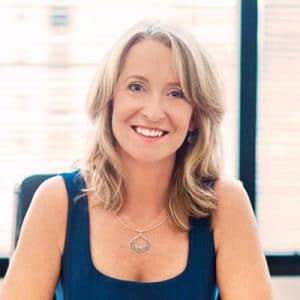 Tania Flack is a leading Naturopath who has a special interest in endocrine, reproductive, digestive and metabolic health. She specialises in gut microbiome and DNA testing and designs innovative health care programs to help people achieve optimal health. She believes in an integrated approach to healthcare, including the use of... Read More
Share:
Related Articles

The Benefits of Drinking a Weight Loss Shake 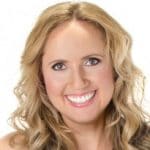 2 Minute Gems: Why are we taught a low fat diet for optimum health? 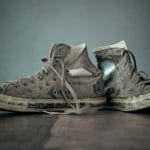 Learn The Sure Fire Way to Find Time For Exercise Daily & Never Miss a Workout. How I Kicked A Sugar Habit By Doing This One Thing

7 Replies to “Are Gut Bugs Effecting Your Weight Loss Plan?”

If a person does have dysbiosis what do they take or do to correct the problem?

We test all of our new patients in clinic and find that about 80% prove positive for gut dysbiosis. While most of them complain about bloating and other gastrointestinal complaints, some people are silent sufferers and don’t notice many obvious gut problems. So it is difficult to know without testing. The test we use is a simple urine test that measures levels of chemicals given off by high levels of bad bacteria in the gut.

To correct the problem we generally use antimicrobial herbs and then retest to make sure that the gut is clear before recolonizing with high potency, broad spectrum probiotics. The difference after treatment can be quite dramatic.

Eating a high fibre, whole foods diet is a huge help in maintaining a healthy balance of gut bacteria. 180 nutrition is also an excellent way to ensure healthy gut function due to its high natural fibre content.

If you would like to make an appointment to be tested for gut dysbiosis you can find information about our clinic at http://www.taniaflack.com

Could the same thing cause a person to not gain weight? I suspect that I have some issues with my gut as I am constantly bloated. I know most people will not want to hear this but the only thing I can do easily is lose weight!

Hey Jon. If you are getting a lot of bloating it’s worth getting tested at least once for leaky gut, candida, parasites etc… Cheers, Guy

All this makes great sense- long term all the symptoms listed and huge weight battles despite exercise and mostly good clean nutritious eating. Anywhere to get this test and treatment in melb!!!! Help.

I am in Victoria. Is there anywhere here that can do the test?

Hi Jean. Not sure of anyone in Victoria, but it is something you can do via a Skype consultation and Aus post remotely. If this is something you would like to follow up on I can recommend naturopath Lynda Griparic. Hope that helps, Guy