Are you confused if we should be eating a high fat diet? How about low-carb? Should we eat much fruit?

Professor of public health Grant Schofield shares with us his thoughts on this topic and what he typically eats in a day. Stuart Cooke: I’m just going to ask what you eat every day. What is your typical daily diet?

Grant Schofield: So, what I had this morning, I just whipped up a sort of four-egg omelet fried in coconut oil made with whipping cream and I had some cheese on top. I would have actually preferred to put some more vegetables in there, but there weren’t any around this morning.

Last night for dinner we had pork ribs with a bit of a salad with olive oil in it. I was sort of picking through all the bones from the kids and stuff, because they only eat all the meat off the ribs so I sort of go through all the leftovers.

I was actually still a little bit hungry, so I ended up with some berries. Berries are pretty nutrient-dense, with some whipped cream and a bit of some almonds.

Grant Schofield: And lunch I had sort of one of those high-fat salads, you know, put as many bits of vegetables as I could find lying around and then just added some cheese and nuts and meat.

Grant Schofield: It’s nice. I’m not hungry. I feel full of energy and I’m at a stable weight.

Grant Schofield: I just want to say, you can ask anyone who actually finds this controversial who’s watching it, especially in the science community, just kind of try this. See how you feel and make your own mind up. Don’t criticize people and go, “Well, I’m not sure about the long-term randomized control trials.” I mean, the basic physiology supports this way of eating and people feel great and operate well. So, you know, their well-being is better.

Guy Lawrence: Yeah. Fortunately for us, because we do what we do, we get to speak to many people like yourself, Grant, and, you know, there are so many great people out there speaking and living and breathing and doing this, you know. And it’s, like you say, just try it for a little period of time and see how you feel.

Grant Schofield: And if they feel like rubbish, they can document that and if they want, they can go back and everyone’s happy.

Guy Lawrence: Absolutely. You mentioned berries. What would; I love asking this question: What are your thoughts on fruit?

Grant Schofield: I mean, I’ll eat fruit in smallish quantities. If you try and do a low-ish, a fairly low carbohydrate diet, it’s hard to have that much fruit and not take your carbs that high. But if you want to have grapes, go for it, I mean. I think it’s probably a good way to supplement, especially in some more intense exercise before or after that session.

Guy Lawrence: Yeah, that’s when I generally do it. After training. Yeah, David Gillespie, we had him on the show a few weeks back, and he said treat it as nature’s dessert. And I thought that was…

Grant Schofield: Yeah, that’s probably it. He’s got a good point there. It’s fine. The other thing about fruit, of course, I mean, you know, just think about the history of humans. There have been fruit lying around to gather. It’s not essential for human survival, but it’s nice and it’s there and it’s; go for it.

Struggling to eliminate bad food out of your diet? Discover why our all natural protein is a fuss-free way to have a quick snack without sugar or processed ingredients.

Clean up your diet with a 180 shake here 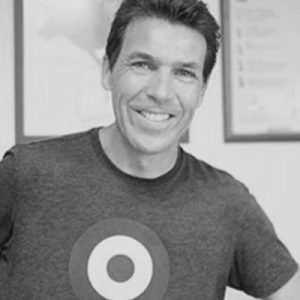 This podcast features Grant Schofield who is a Professor of Public Health (Auckland University of Technology) and director of the university’s Human Potential Centre (HPC) located at the Millennium Campus in Auckland, New Zealand. His research and teaching interests are in wellbeing and chronic disease prevention especially reducing the risk... Read More
Share:
Related Articles Discover What the Experts Eat with Paleo author Nora Gedgaudas