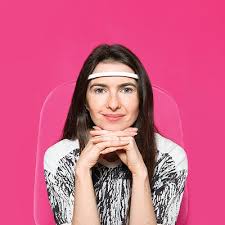 This podcast features Ariel Garten who is a Canadian artist, scientist and intellectual. She was an avant garde clothing designer with a store called Flavour Hall (now closed) in Toronto, Ontario, Canada. She is deemed to have made a ""significant contribution to the field"" for her work in integrating art and science.She is pursuing cutting edge art and performances in other media, including dance, music, percussion, and cutting-edge instruments (such as hydraulophone, quintephone, and other). She creates work that explores the intersection of art and neuroscience. Garten lectures about interdisciplinary neuroscience topics, such as ""The Neuroscience of Morals"" (on TVO's Big Ideas televised lecture series), ""The Neuroscience of Molecular Gastronomy"" and others), as well as psychotherapy and mental health.She is co-founder (with Trevor Coleman) and Chief Evangelist Officer of Interaxon, a Canadian company specializing in software for Non-invasive Brain-computer interfaces.4 Garten is also a psychotherapist trained in Neuro-linguistic programming. Ariel Garten – Taking The Guesswork Out of Meditation

Watch the full interview below or listen to the full episode on your iPhone HERE. Stu: This week we welcome Ariel Garten to the show. Ariel is the CEO and co-founder of InteraXon, which creates thought controlled computing products and applications. Ariel has also researched at the Krembil Neuroscience Institute studying hippocampal neurogenesis, displayed work at the Art Gallery of Read More…