The above video is 2:44 minutes long.

They say you learn something new everyday, well we certainly did with todays guest! If you or anyone you know are struggling with symptoms like IBS, food allergies and intolerances, acid reflux, migraines, hives, insomnia, chronic fatigue (the list goes on!)… then looking into and understanding histamine intolerance is well worth your time. Ex-CNN/BBC journalist shares with us how she heals her chronic inflammatory condition.

We have another awesome guest for you in store today and her name is Yasmina Ykelenstam. She’s an ex-journalist with over 10 years research and international news production experience for people such as 60 Minutes, CNN and the BBC, so she knows how important it is to get her facts straight!

In 2008, after 20 years of being misdiagnosed with everything under the sun, she was forced to quit a career of a lifetime after seeing over 68 doctors. In 2010 she was finally diagnosed with histamine intolerance. Yasmina then embarks on a mission to get to the bottom of it all with the help of nutrition, lifestyle, meditation and a different approach to exercise… Prepare to be inspired!

Get More Of Yasmina Ykelenstam: Yasmina Ykelenstam is a former journalist with over 10 years research and international news production experience for organisations such as 60 Minutes, CNN and the BBC. In 2008, after 20 years of being misdiagnosed with everything under the sun, she was forced to quit a career of a lifetime after seeing... Read More
Share:
Related Articles 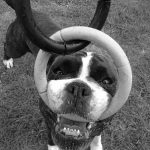 Discover How Archie Transformed His Body In 3 Months