4 Easy Ways To Get More Iron Into Your Diet 180 Nutrition: While it’s hard to put an exact figure on the number of people suffering from an iron deficiency because many cases go undiagnosed; it is thought that as many as one in four Australians suffer from too little iron in their diet.

Iron is vital to the survival of the human body. It takes oxygen from the lungs and delivers it to cells all over the body. It then takes carbon dioxide waste back to the lungs where it is removed when we exhale.
In short, iron is essential for our basic bodily functions, and we can’t live without it.
The recommended level of iron required varies between men, women and children. Men and non-menstruating women need approximately 10mg per day, and because iron is lost in blood, a menstruating or pregnant woman requires a lot more (between 15 and 30mg a day).
If you don’t have enough iron in your body, you become anaemic, and one or more of the following symptoms will be prevalent which will have an impact on your overall health and wellbeing:
• Tiredness
• Fatigue
• Pale skin
• Dizzy spells
• Shortness of breath
• Pins and needles
• Cravings for non-food items such as coal, ice or mud.
You can confirm your iron levels with a simple blood test taken by the doctor.
If you are anaemic, while there are many supplements available to increase the level of iron in your blood, the opposite can be just as dangerous and too much iron can lead to some serious health concerns. Vomiting, nausea and pain being on the lower end of the side-effect scale, and organ failure at the top end.
Because of this, and because the amount of iron we require varies (particularly for women who need more at various times of their monthly cycle) many people prefer to increase their iron levels naturally rather than through the use of supplements.
If this is you, here are some simple changes you can make to your lifestyle which will increase the level of iron in your body as and when you need it.

Iron comes from two sources – heme (meat-based) and non-heme (plant-based) food sources. The body absorbs heme foods more efficiently, and they are therefore a better source of iron.
Heme food sources with a high iron content include liver, seafood (particularly oysters) and red meat (particularly steak and kangaroo).
That being said, non-heme food sources are regulated better and have no adverse effects on the body if eaten in too great a quantity. Non-heme iron is commonly found in high quantities in seeds, nuts, leafy greens (such as spinach and kale) and whole grains.
Regular ingestion of all of those foods will increase your iron levels naturally.

Regardless of how much iron you consume, some foods have an adverse effect on how well the body absorbs this iron when eaten in conjunction. These foods are known as iron inhibitors.
Common iron inhibitors are calcium, tannins (found in tea, coffee, most berries, dark chocolate and some spices such as vanilla and cinnamon) and fibre.
While it is not safe to remove iron inhibitors from your diet altogether as your body needs them to perform vital bodily functions, avoiding eating them at the same time as iron will naturally increase the amount of iron that is absorbed by your body.

Vitamin C is the best known and most commonly found iron absorber. When ingested with non-heme iron it increases the absorption naturally. Consume fresh juice regularly while eating non-heme iron but be careful not to drink juices high in sugar which regular consumption of leads to health problems in other areas.

While cooking with cast iron can seem old-fashioned, it is a chemical free way to get more iron into your diet. When cooking with cast iron pans or skillets, the iron leaks naturally into your food giving you an extra serve of the black stuff.
Iron is an essential nutrient, and while our bodies can consume enough through a balanced diet high in heme and non-heme iron foods, iron deficiencies are common.
If your iron intake regularly falls below the RDA (recommended daily allowance), you will suffer side effects which will have a dramatic impact on your quality of life.
Follow these simple tips to enhance your iron intake naturally and always consult with your doctor or registered health professional before taking supplements of any kind. Wonder What it Takes to Become a Sports Fitness Model? Then Meet Angeline 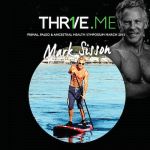 Mark Sisson Is In Sydney. Will You Be Joining Us At The Thr1ve Me Event?