We chat to Nora Gedgaudas: Primal Body, Primal Mind. Beyond the Paleo diet

By Guy Lawrence Eat fat to lower cholesterol… What about dairy, is it healthy? Can I run an ultra-marathon or CrossFit on a low carb/ high fat or paleo diet? These are just some of the questions we cover in this episode of The Health Sessions as we catch up with Nora Gedgaudas, best selling author of Primal Body, Primal Mind: Beyond the Paleo Diet. I’ve time coded the bullet points so you jump straight to the bits that interest you most in the video.

But when you’ve got the time, it’s well worth kicking back and watching the whole video as the content is invaluable!

In this weeks episode:-

Did you enjoy this interview with Nora? Would you like to share your own journey with us? Love to hear your thoughts in the Facebook comments section below… Guy
[ebook] 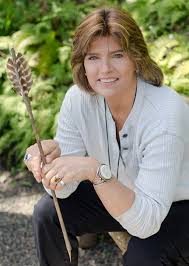 This podcast features Nora Gedgaudas who is widely recognized expert on what is popularly referred to as the “Paleo diet”. She is the author of the international best-selling book, Primal Body, Primal Mind: Beyond the Paleo Diet for Total Health and A Longer Life. She is also the author of... Read More
Share:
Related Articles Why Most Gluten Free Foods are NOT Healthy Food Diary of a Naturopath and Nutritionist

1 Reply to “We chat to Nora Gedgaudas: Primal Body, Primal Mind. Beyond the Paleo diet”