The word “superfood” is thrown around pretty flippantly, with new ones being “discovered” all the time. The truth is that “superfood” doesn’t really mean anything scientific – whole foods in general can be pretty super-nutritious. If that’s the case, then superfoods need to be nutritious and then some.

Maca is a food that fits that category, offering potent nutrition and additional, holistic benefits. These benefits are the reason it’s been cultivated in Peru for thousands of years. While the plant itself is cruciferous, like kale or cauliflower, the root is an earthy, spicy tuber. It’s used to flavour Peruvian dishes much in the same turmeric root is used in India.

Full of micronutrients and potent antioxidants, maca root is most often consumed outside of Peru as a powder. The powder can be added to smoothies or simply used to enhance the flavour of your cooking, but the additional benefits to supplementing maca root make it worth checking out. Let’s look at some of the biggest benefits of maca root powder and how it can improve your overall health.

Maca has been used since the 13th century by Incan warriors and now the Peruvian people in general for improved energy and endurance. There’s finally research to support this 8 century old wisdom, however, and it’s very promising. A study undertaken in China shows that supplementing maca improved ATP creation and protects spinal mitochondria in people who exercise regularly. This means better energy production within muscles and faster, more complete repair of cells.

Another study showed that long-distance cyclists who supplemented maca powder were able to last longer and perform better in endurance races compared to their pre-supplementation statistics. The research suggests both an ATP boost but also a boost in testosterone which benefits endurance but also muscular energy and repair. There was also an increase in libido reported from these participants, which isn’t a bad thing either.

Maca is full of flavonoids which are compounds that have a variety of effects on humans and other animals. Most notably in this case is the ability of the particular flavonoids in maca to reduce anxiety. In particular, there are several studies that indicate mood-boosting effects of maca powder in peri-and-post menopausal women.

This effect seemed effective in both combating anxiety and depression related to the changes of menopause, but in general the mood-boosting effects are present across demographics. This suggests that maca can help anyone with low mood, but the effects seem to be most pronounced in the menopausal group. This effect is most likely due to the fact that maca is full of antioxidants which, again like turmeric, lower inflammation, a large factor in mood disorders.

The molecules in maca are partially responsible for the relaxing of blood vessels, which in turn reduces blood pressure. Some studies indicate that just 3 grams of maca a day corresponds with up to 12% reduction in blood pressure in the tested group. That’s a significant decrease for a small amount of supplementation.

In addition, there does seem to be an effect of maca on people who concurrently suffer from hypertension and other metabolic disease risk factors. Maca improved blood pressure in people who were already being treated for one or the other. This compounded benefit of maca powder suggests it’s not only okay to take with medical intervention for metabolic disease but also boosts the effects of that treatment.

In addition to the mood-boosting effects of maca, the root itself seems to be beneficial for other aspects of treating menopause symptoms. It’s thought that because maca seems to boost hormone production, it can balance estrogen levels. In particular, the flushing, hot flashes and night sweats associated with menopause seem to be alleviated partially by taking roughly 500mg of maca, twice per day.

There are a lot of holistic suggestions for helping with the symptoms of menopause but there is verified research to back up macas claims, so it’s worth considering.

In both men and women, maca supplementation is directly linked to an increase in libido. Historically it’s been taken to improve sex drive in men and women, but there is research to back up this traditional wisdom.

The increase to libido from maca is likely linked to the fact that it boosts testosterone and estrogen. The same effect that increases endurance in athletes is also the mechanism that increases libido, increasing blood flow and improving mood. Though more research needs to be done to completely determine the link between maca and desire, there is definitely something going on here that warrants further investigation. Finally, the research that’s here suggests it’s worth giving a try if boosting libido is your aim.

Since maca isn’t a widely commercially cultivated crop, you should easily be able to find organic maca powder. Being organically raised is critically important for roots in particular because if they’ve been sprayed with pesticides or herbicides, those chemicals sit around the root itself in unhealthy concentrations. Always go for organic maca powder – don’t settle for less!

As far as using it, you can get powder encapsulated so you can take it with any other supplements you use. In lieu of that, you can also get it to mix into smoothies or other drinks. Regardless of how you use it, it’s versatile and a little goes a long way.

Finally you can use it the way the Peruvian people do and add it to foods as a spice, but this method will require you to use quite a bit and might be more cumbersome than just taking some maca tablets.

So is supplementing maca useful?

Maca has a variety of traditional benefits as well as some scientifically researched ones, including:

While this list isn’t conclusive by any means, this small collection of positive benefits shows the enormous potential for such a small root. Just 1000mg a day can show results, and it’s easier to get the benefits of maca from supplementing it than it would be to use it traditionally as a food.

Though maca root has some supported benefits, it still has some large-scale research to be done to truly determine the full range of benefits this unique vegetable provides. With that said, the research that does exist seems to support its traditional uses for health and wellbeing. If You Love Eating Chocolate, You Need to Read This… 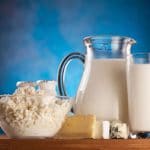 Do we really need dairy in our diet? 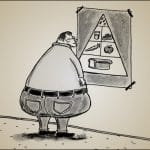 Why the food pyramid sucks