My Date With Ayahuasca Part 4

“The only journey is the one within.”
― Rainer Maria Rilke

No idea what I’m on about? Read My Date With Ayahuasca:

As I lay there with my eye mask on breathing steadily, I could start to hear people around me beginning to vomit. When was it my turn? My stomach had settled and so had my nerves. 20 minutes must have gone by and I still wasn’t sick, and by this point I wasn’t sure if I was going to be sick either. Was this right? Had the ayahuasca not worked?

I continued to focus on my breathing and kept an open heart with my total trust in the vine. The words of the Shaman were still with me and I was starting to relax. The leap of faith had been taken and there was no turning back now.

This is where it starts to get interesting, so bare with me. But first, I want you to imagine you’ve just watched all three Lord of the Rings movies back to back for the first time. Then two weeks later a friend asks you to tell them in detail what happened in those movies, as they have never heard of them and they have no idea what they are about. The words I write will never come close to what I physically felt and experienced that night, but I’m sure you get the picture…

I had no idea how much time had passed, but I’m wide-awake. The eye mask was keeping me in complete darkness whether I opened my eyes or not. I was starting to feel subtle differences within my body. The ayahuasca was starting to take effect, slowly, gently and organically at first. Then bright white light started to fill my vision. It was as if someone was lifting my eye-mask from the sides to let the brightest of light in underneath. It wasn’t blinding but it was bright white never the less.

Then a colloidal scope of colours started to form, vivid and bright in front of my very eyes, swirling, pulsating… imagine grabbing a rainbow and trying to make a spider’s web out of it.

(Pic right: I remember forcing myself to record something fresh after the night of ayahuasca. I was struggling to compute at the time as you can probably tell!)

Whilst this is going on, it felt as if the ayahuasca was travelling through my body, and reading every cell (yes I know how this sounds), scanning my blueprint, checking, inspecting. Then I could feel it focus its attention on my throat and heart area, and before I knew it a flood of energy started to rush through them as if a dam had be broken. – I later learned that it was my chakras opening up, and I had been holding heaviness in my heart and I hadn’t been voicing my true feelings (I won’t make that mistake again!).

As this flood of energy started to fire through my body, the colloidal scope of colours started to form a face, as if it was peering through the middle. It was too hard to distinguish, but never the less it was there. I felt like I was being observed/examined from every angle. But I felt comfortable, nurtured even. I remember I was still holding on to my mantra, repeating it over and over in my mind ‘I trust you’…

Then snakes started to appear, twisting and turning as they came towards me. I did not feel threatened in the slightest. In fact I felt as if I was in good hands and that all of ayahuascas’ intentions were simply to help me. Now at this point I must add, I had lost track of all time and it was really starting to kick in. As the snakes reached me it was if they became vines (or both, it’s hard to remember exactly), and started to engulf me, as if we were one… “I trust you, I trust you’…

Then I do vividly recall (whilst engulfed in vine/snakes) ayahuasca taking me through all of the emotions us humans have. It started to make me laugh and feel really good about myself, then at a flick of a switch I began to feel sad and heartache. Then it took me on a roller coaster, by first making me feel incredible love… for myself, my family, every human I know… It was pouring out of me, then without hesitation everything went dark, everything started to cave in around me and the love was gone in a second. Things were starting to crawl out of the darkness and it felt sinister.

I remember thinking why would you take this away from me; I was enjoying that so much? Then all of a sudden I started to free-fall… What the hell was going on? As I fell, I was instantly caught and taken back to undying love.

What was the lesson? Is life that unpredictable? Am I standing still? Too scared to love, to scared for loss? Do I take it all to seriously? When I laugh, laugh loud? Is it ok to cry?

Whilst this was happening, it always felt it was for my greater good. Even when it got scary, it was more like observing a scary animal in a zoo that you have no idea about, and because you don’t understand it you simply label it scary. Another lesson?

You have to remember, you don’t just see these visions; you feel everything with every cell in your body. I’m lying there trying to take these lessons onboard, fully conscious yet time is just a concept. I have now no idea how much time has passed… 1hr, 2hr, 3hr?

I must add, the ayahuasca came in waves. You kind of come in and out of it, but each time you are going deeper and deeper.

As the next wave came on I remember thinking holy shit, how powerful can this get? Starting from my toes and working it’s way up to my head, my body started to evaporate (sound ridiculous right?). I hadn’t had much feeling left in my body by this point anyway, but now it was gone. Where was I? It was like being in the most vivid dream but I’m wide-awake.

The next thing I knew I could see every constellation in the sky and I was part of the universe. I remember being in absolute awe. Then my body came together like a large jigsaw puzzle and the pieces slowly spun and intertwined together, then slowly came apart again and I was back star gazing and evaporated (still with me?). It felt like I was shown a sneak peak behind the curtain of what actually holds the universe and us together.

Note: I must add, I was fully aware of what was going on. It’s not like being 8 pints in on a Saturday night and you start doing stupid things… You’re there, it’s happening and you are fully conscious.

Then I heard a voice, ‘you can trust me’… Did I really hear that? Really? What the…

Mother ayahuasca had read me like a book, as she knew I was terrified when I went in. I had laid my trust in the vine and she hadn’t let me down.

I remember being able to wiggle my fingers and thinking shit I didn’t puke. The colloidal scopes of colours were back but fading, then minutes later the colours left. I burst into tears. It just poured out of me and I had no control over it. Like a big relief valve had just been opened and all the anxiety, fear, love, laughter, pain, hurt, joy came flooding out… It actually felt really good. (Pic: Typical ayahuasca vision)

I lifted the eye mask off and I’m lying there like a rabbit in the head lights completely and utterly stunned… What the fk just happened?

I rolled my head to see my buddy Joe lying on the next mattress to me. He looked at me and smiled. No words needed to be said. We grab each others hand; more like a high-five clasp rather than a handshake and held it there for a moment, trying to take in what just happened. We looked over and saw Mike who was coming round too. I tried to move and get up but was too weak. So I lied there for a while staring blankly at the ceiling… What the fk just happened? … Did I say that already?

When I finally had the strength to walk, I left the tent and wandered into the house, as there was hot soup there for us. I grabbed a big bowl and wandered outside into the fresh starlit night and sat by the campfire that they had put on for us. A few had already gathered around, whilst there were others still in the tent on their journey. I looked up at the crystal clear night sky and gave a wry smile.

As I sat there slowly sipping away at my soup I remember asking Mike what the time was, he said 02:05am. We drank at 7pm… 7 hours had gone by!!!! Seriously??

I must have sat there until about 03:30am, maybe even 4am talking about our experiences to everyone. I then made my way back to the tent and lay back on my mattress. I was too wired to fall back asleep instantly as I was just trying to digest what had happened. I swear I had just been plugged into ‘The Matrix’ and had one big information data dump.

Was I ever seriously going to digest this? Would the world ever seem the same again? What the fk just happened? Had I said that already? I realised Life was never going to be the same again too. To be continued… My Date With Ayahuasca Part 5 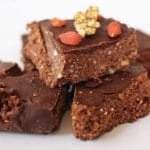 Tania Flack: Why Food Intolerances Are Holding Your Health Hostage 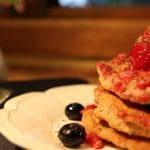 2 Replies to “My Date With Ayahuasca Part 4”

I love your story Guy and your explanation of your experience. Ayahuasca is something that has intrigued me for quite some time and I have watched many doco’s on it. Amazing how everyone’s story and experience of it is deeply personal. Can’t wait to hear more! Amanda 🙂

Thanks Amanda 🙂 Yeah it’s certainly an individual experience , one that will live with me forever…